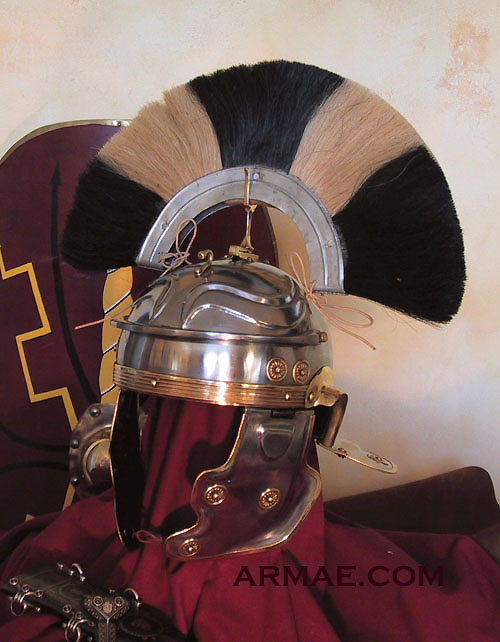 The crest was in use in every army of the antiquity. It made the warrior greater, more impressive, but also was used to recognize leaders and units, especially in the roman army.

Made of horsehair, with an iron basis. This helmet needs a crest holder HL121FCI to be fixed on the helmet. A small leather strap is used to avoid it shaking when the wearers moves. Fits with the imperial italic types HL140, HL135, HL127, HL138 helmets. 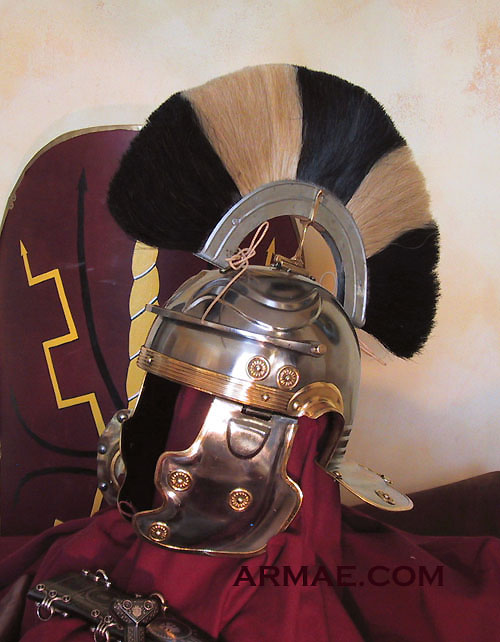