This musket was the last in a long line of modifications to the 1728 model French Infantry Musket commonly referred to as the "Charleville" musket (named after one of the arsenals that manufactured them). Some of the unique elements of this model are the finger ridges on the trigger guard, the brass frizzen, and the cheek piece carved in the stock's butt. As mentioned this is the AN IX, or year 9, Napoleonic version with a straighten frizzen cover and slightly different front band. The lock plate has the St. Etienne arsenal markings, along with the appropriate stampings on the breech.

This musket was used by Napoleon's infantry during the 1st Empire, but also in north America and Canada (with an iron frizzen). 2 millions were made, and about 40% of them by the Saint Etienne factory. Maximum firing range is 200m, but 50m is the effectual range of use.

Length without bayonet 153cm, weight 4.70kg. Bayonet's length 46cm, weight 0.32kg. Height of the gun with bayonet 192cm. 17.1mm caliber. The frizzen cover is case hardened, and the seamless tempered barrel is made of high carbon steel (type:BS970 no.080M40). Lock length 16cm. The breech is threaded. Comes with a bayonet. 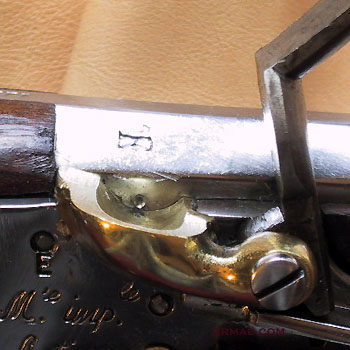 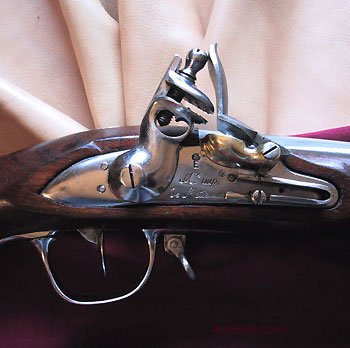 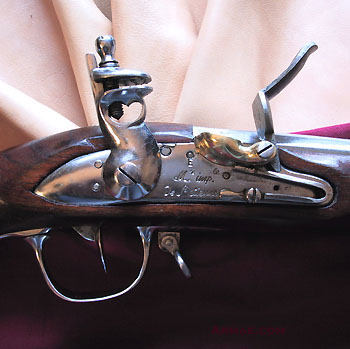