Copied from the 1766 model French musket, the 1795 Springfield infantry musket was the very first official model musket of the United States. Initially with the bayonet lug on the bottom of the barrel, this was rotated to the top of the barrel in 1797 and the look remained more or less the same to the end of the War of 1812. The musket gets its name from the first government armory of the United States in Springfield, Mass. 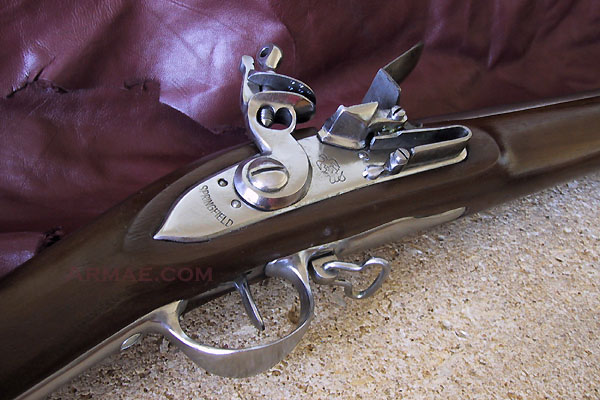 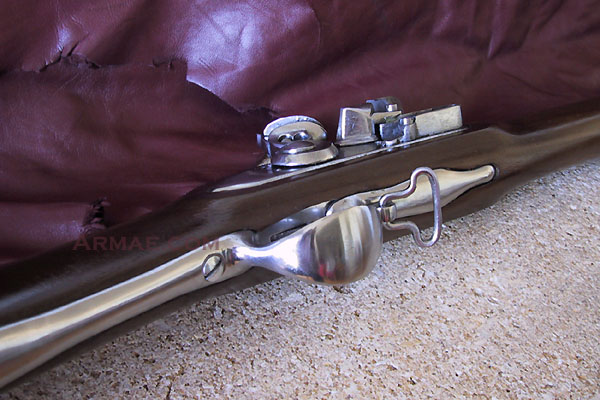 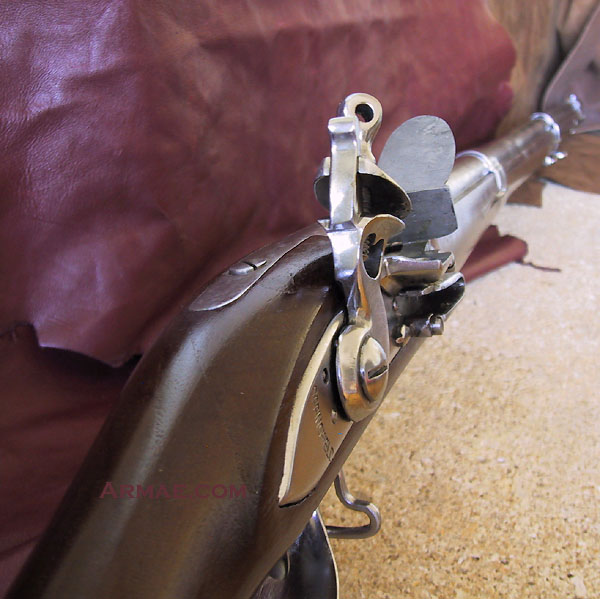 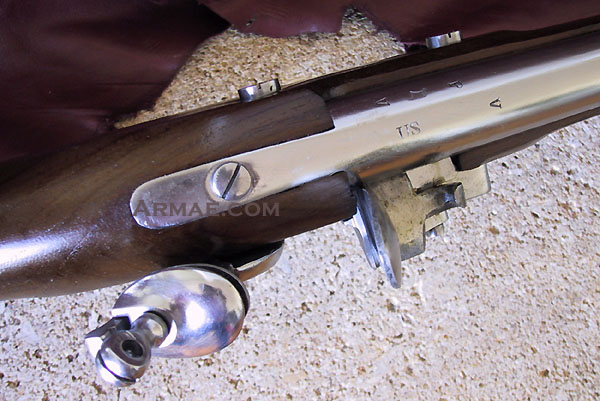 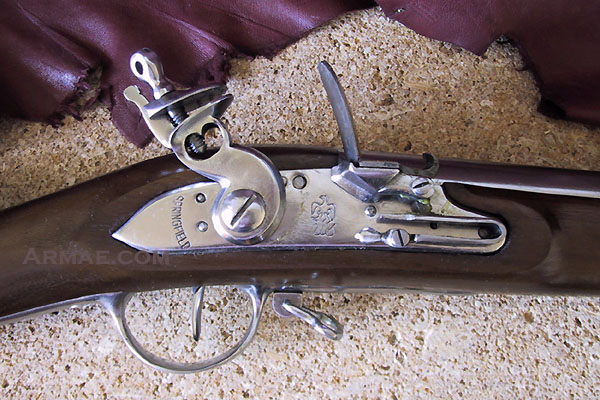